A simple folding innovation that could change the world. 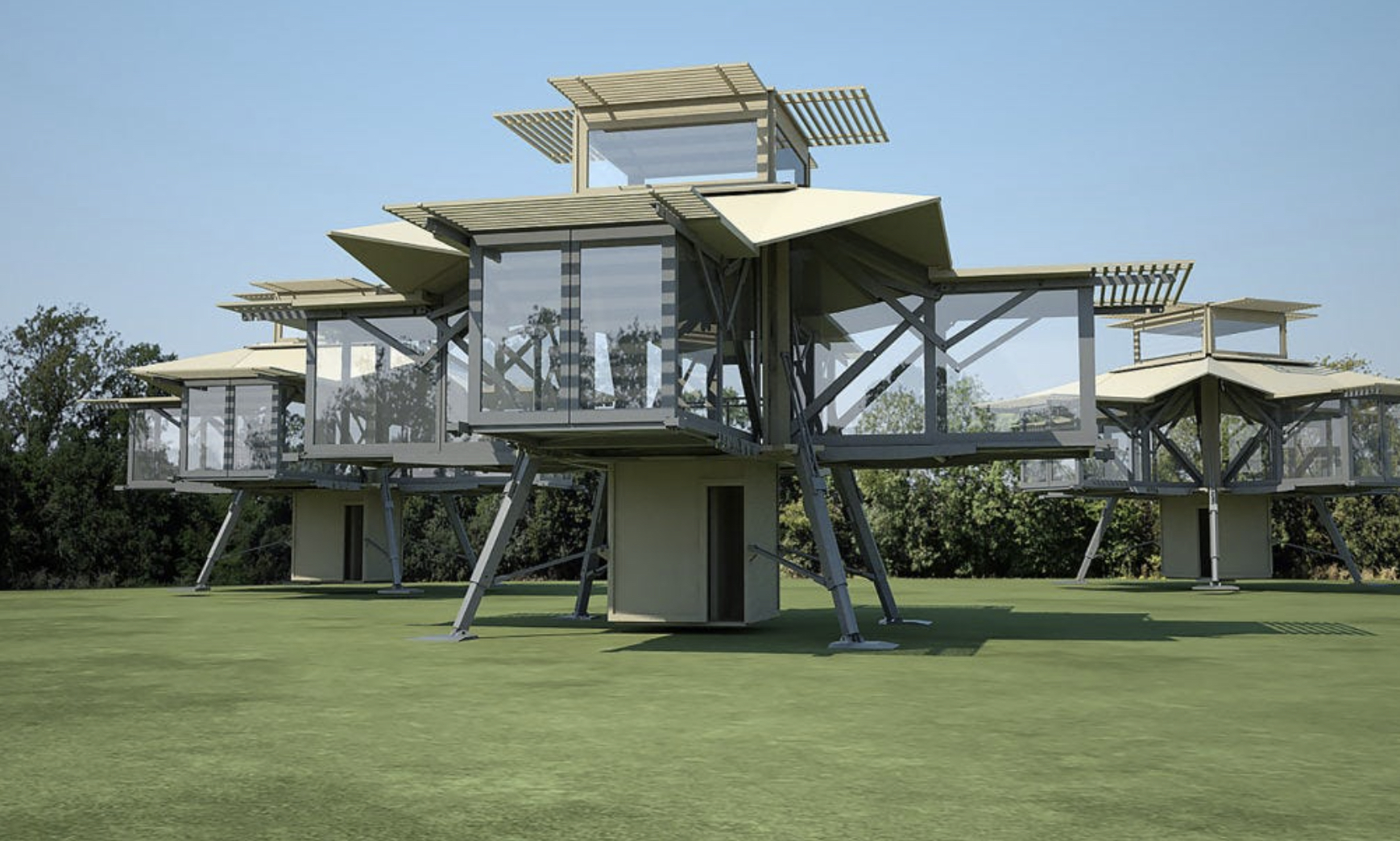 Ten Fold Engineering, based in Oxford, UK has developed a unique counterbalanced lever system that can be used to make large structures fold open and close again with little input power.

There has been a lot of engineering innovation in the field of adaptable and expandable structures. Ever since the geodesic dome that Buckminster Fuller, the American Engineer, designed and showcased to the world for the Montreal Expo of 1967; Engineers and Architects have been exploring the efficiency of structures based on geometrical shape and form that are often found in nature.

Fuller went on to develop this technology in to an expandable house, called the Dymaxion house (https://www.britannica.com/technology/Dymaxion-house) which was operated using compressed air.

There is now a demand for off-site manufacture for structures to deal with population growth demands around the world; for fast erection shelters for post-disaster, homeless spaces and refugee camps. In more recent times, there has also been an urgent need to erect temporary medical space to deal the demands on hospitals responding to the COVID-19 pandemic.

Ten Fold Engineering has not only created a standard prototype that addresses one of these applications, but has patented the technology so that it can be licensed by other manufacturers developing solutions to the world’s shelter needs

The real innovation here is the lack of power needed to erect such large structures. Ordinarily, the weight and span of extendible floors and roofs for a modular building mean that a significant engine or generator power would be needed for the structure’s erection. The fact that a significant power source is not needed makes this technology more practical and adaptable and significantly more sustainable.

The fact that Ten Fold Engineering have designed a system that relies on only three different types of bar, metal, plastic or wood to create multiple also helps to drive initial fabrication costs down, maximizing the opportunity for manufacturers to innovate.

It is great to see Ten Fold Engineering thinking differently about engineering and construction. From COVID-19 medical spaces to emergency shelter response, the applications of their innovative solution are endless.

Lego listens and commits to being more sustainable

Some images featured on this page were sourced from Pixabay.com & Unsplash.com released under CC0.